Life was much slower 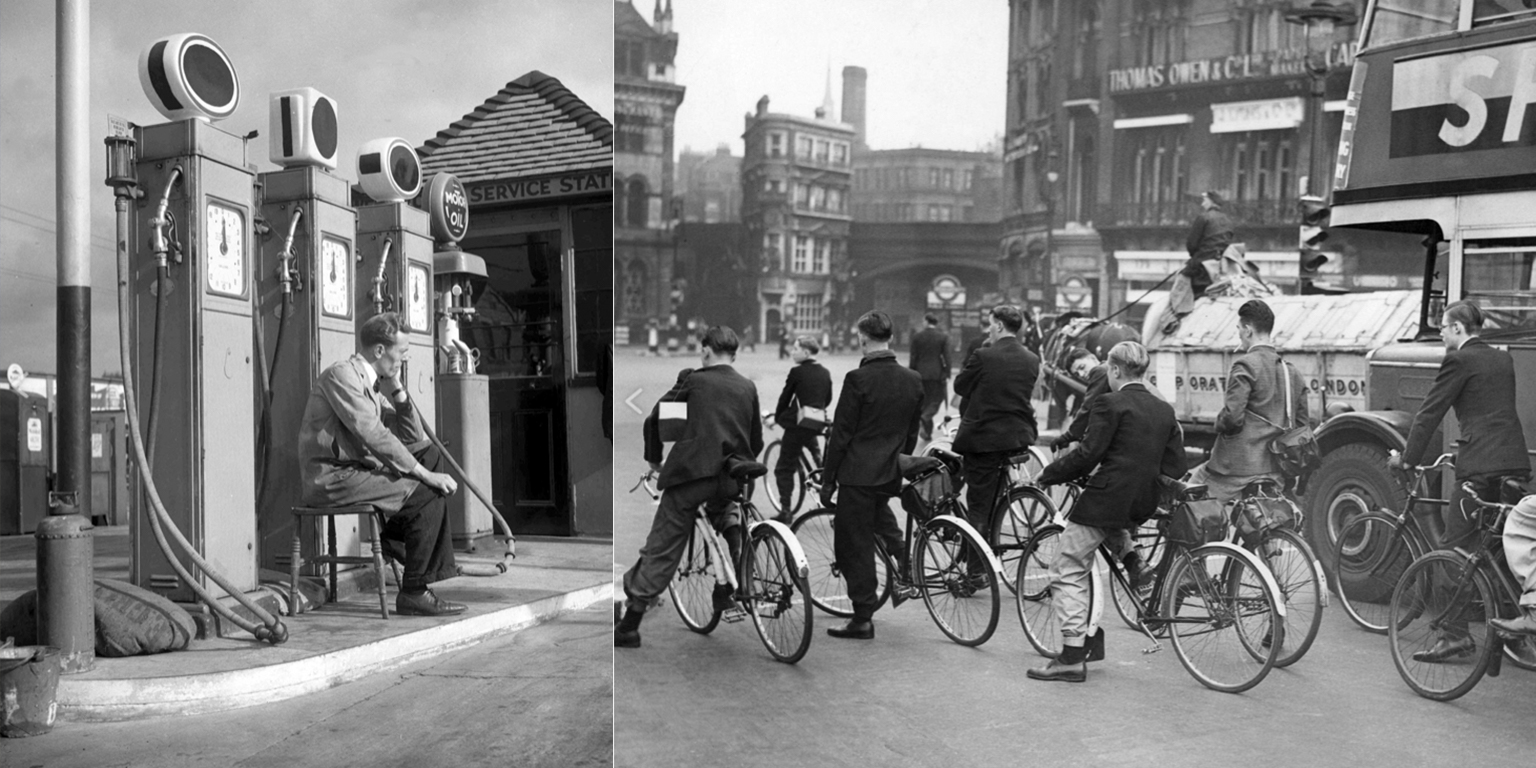 When I interview people who lived through the war and austerity period that followed, I’m always intrigued to hear how they coped with shortages of food and clothing. I’ve had some wonderful conversations about pet pigs, sweets, bootlegging and what to do with frayed collars (turn them inside out and stitch them back in, of course!). But one side of things that I never thought to ask about until someone brought it quite recently, was petrol rationing.

Fuel rationing was introduced in September 1939 soon after the start of the war. Petrol was, in fact, the very first thing to be rationed. That’s because of our total dependence on imports from overseas. In 1942 petrol for private use was withdrawn completely so that what limited supplies there were could be reserved for essential use, like ambulances and public transport.

I expect many adults must have felt as if their worlds had been cruelly shrunk. Not so, it seems, the children. With scarcely any vehicles on the road, their horizons opened up. Some people I have spoken to remember wandering off round their villages as young as two or three. Others have described daily adventures cycling for miles, the only requirement being that they return home in time for tea.

Petrol rationing for private use came back in when the war ended in 1945. Old cars that had been stored in garages for years were dusted down, oiled up and brought back out on the roads – but only for special occasions. One person I interviewed described how it would take the family two days to drive from Surrey to Norfolk for their summer holiday, with a camping stop en route. ‘Life was much slower’, he commented.

It’s remarks like these that make me long for a return to ‘slower’ times, with less choice about where to go and more delight in the journey. But, of course, that’s from a privileged position of being someone who is very well-travelled. For those brought up in the 1940s, the lifting of fuel rationing in 1950 on ‘VP day’ (victory for petrol) was a major event. It opened up the possibility of impromptu day-trips to the sea-side or visits to see friends. And perhaps having grown up with such limited horizons explains why people of that generation tend to be such keen jet-setters.

Images from September 1939, during the first week of petrol rationing.

Universal Aunts Evacuated to the other side of the world